A 56-year-old Seattle Deputy Fire Chief lost in the Cliffdell area died after falling down a steep cliff.

According to the Kittitas County Sheriff’s Office officials on day 12 of the search found Jay Schreckengost at the bottom of a 700-foot mountain slope where they believe he may have slipped on fresh snow. He was found in thick brush making it tough for searchers to locate his body which was found about a half a mile from where they first located his truck shortly after he was last heard from on November 2.
His body has since been transferred back to the Seattle area.

An autopsy found he died from blunt force trauma

According to the Kittitas County Sheriff’s Office;
“A forensic examination of the Chief ordered by the Kittitas County Coroner revealed numerous injuries. The autopsy concluded the cause of the Chief’s death was multiple blunt force trauma. Further investigation in the field led investigators to believe Chief Schreckengost fell down steep hillside or cliff faces more than once before coming to rest where he was found last Sunday”

“It’s known that there was snow on the ground when Chief Schreckengost went scouting for Elk on the morning of Tuesday, 11/2—creating slick conditions in that already rugged and dangerous terrain. The location where he was found was near the bottom of a sharp, broken slope about 700 feet in elevation, north-northeast from the end of spur rd 553 off Forest Service Rd 1703 in the Wenatchee-Okanogan National Forest near Cliffdell. It’s believed the Chief slipped or fell down a part of that slope into terrain where he could neither climb back up nor safely descend. Another fall brought him near the bottom of the slope and caused fatal injuries.

The area where the Chief came to rest was covered in thick brush and could not be safely navigated by searchers without technical climbing equipment and expertise. The team that located him on the afternoon of Sunday, 11/14, included members of Mountain Rescue Teams from Seattle, Tacoma, Everett and the Olympic and Central Mountain Rescue Teams. These teams of skilled and trained volunteers searched miles of cliff bands in the mountainous area near the Chief’s last known location before finally locating him.”
Click here to view photo gallery

KEEP READING: Get answers to 51 of the most frequently asked weather questions...

Where Are the Open Mics in Yakima Located?

Get Ready for the Longest Partial Lunar Eclipse in 500 Years!

Are Packages Being Delivered to Your Residence That Aren’t Yours?

Best of the Web

Reesha On The Radio

Our Facebook page is sponsored by:
Memory Montage Photography 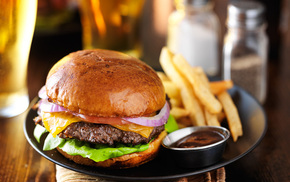 It appears that you already have an account created within our VIP network of sites on . To keep your personal information safe, we need to verify that it's really you. To activate your account, please confirm your password. When you have confirmed your password, you will be able to log in through Facebook on both sites.

*Please note that your prizes and activities will not be shared between programs within our VIP network.

It appears that you already have an account on this site associated with . To connect your existing account just click on the account activation button below. You will maintain your existing VIP profile. After you do this, you will be able to always log in to http://kffm.com using your original account information.

*Please note that your prizes and activities will not be shared between programs within our VIP network.

Please fill out the information below to help us provide you a better experience.

Sign up to have exclusive 107.3 VIP contests, events, coupons, presales, and much more delivered to you for FREE.
Like Us on Facebook
107.3 VIP brought to you by: